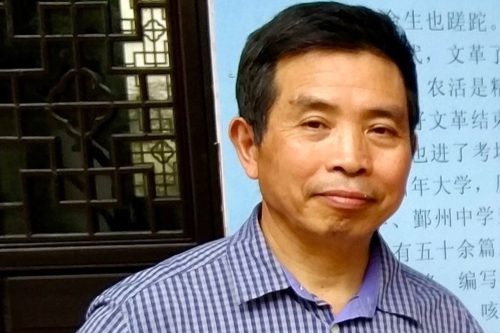 RenYun Xu （徐仁云) , born in 1952, Ningbo China, is a renowned painter and calligrapher in China.

Born three years after Communist just took over China, Xu grew up in the era when the Chinese society was completely uprooted from its ancient traditions and culture. Schools were closed, students all went on to the cultural revolutionary cause. Xu could not participate because of his poor health. Instead he followed his natural talent learning drawing and painting. Since early age, and throughout his life, he has been recognized as a genius. His paintings and calligraphy went on to win over 30 awards for him at national, state (province) and city levels. His paintings and calligraphy works have been collected both by institutions, corporations and private collectors. He is the author of eight history textbooks for colleges and high schools in China, and published over 50 scholastic papers on subjects of ethics, history, politics, and social systems, and many them have won academic awards.