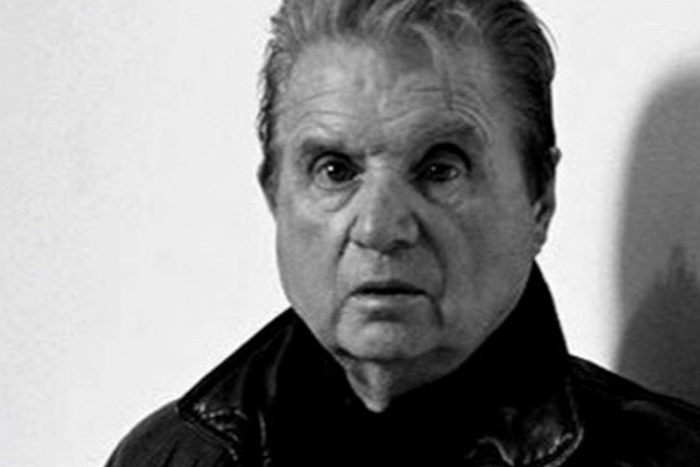 Francis Bacon (1909 – 1992) was an Irish-born British figurative painter. He was known for his bold, raw, grotesque, and emotionally charged imagery.

Bacon took up painting in his early 20s, worked as an interior decorator in his 20s and 30s. His breakthrough came with Three Studies for Figures at the Base of Crucification, which in the immediate aftermath of the World War II, sealed his reputation as a uniquely bleak chronicler of the human condition. His abstracted figures are typically isolated geometrical spaces, set against flat, nondescript backgrounds.

The art critic Robert Hughes described him as “the most implacable, lyric artist in the late 20th century England, perhaps in all the world’ and along with Willem de Kooning as “the most important painter of the disquieting human figure in the 50’s of the 20th century.”
Bacon was the subject of two Tate retrospectives and a major showing in 1971 at the Grand Palais. His work is the among the most acclaimed, expensive and sought-after. His 1969 oil on canvas triptych Three Studies of Lucian Freud was sold at $142.4 million in 2013, setting the record for the highest price attained at auction for a work of art, a title previously held by the fourth version of Edvard Munch’s Scream, and later held by Willem de Kooning’s interchange.