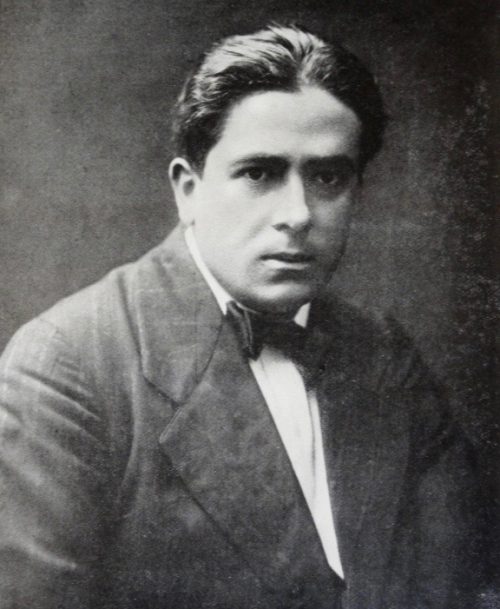 Francis Picabia (1879 – 1953) was a French avant-garde painter and poet. He lived through and experimented with Impressionism, Pointillism, Cubism, and was an early figure in Dada movement.

Picabia studied at 104 boulevard de Clichy, where Van Gogh had also studied. From the age of 20,he lived by painting. In the beginning of his career from 1903 to 1908, he was influenced by the impressionist painting of Alfred Sisley. From 1909, he came under the influence of those that would soon be called cubists. Around 1911 Piacabia joined Puteaux group, members met at the studio of Jacques Villon in Puteaux. There he met with and became friends with Marcel Duchamp, Fernard Leger, and Jean Metzinger.