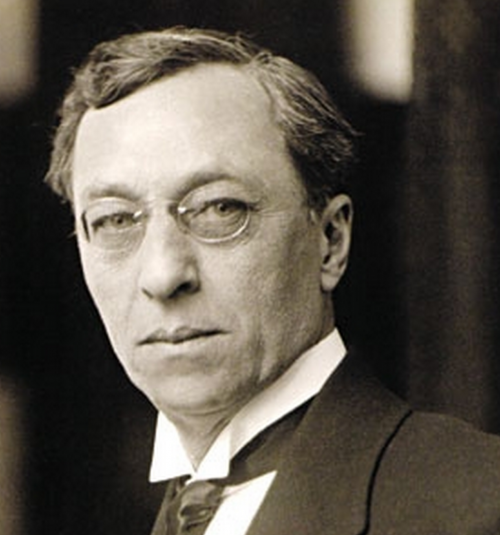 Wassily Kandinsky (1866 – 1944) was a Russian Painter and theorist. He is credited with painting one of the first recognized purely abstract works. Kindinsky’s creation of abstract work followed a long period of development and maturation of intense thought based on his artistic experiences. He called this devotion to inner beauty, fervor of spirit, and spiritual desire. It was a central aspect of his art.

Kindinsky began painting at age 30, study life-drawing, sketching and anatomy. He settled in Munich, studying first at Anton Azbe’s private school then at the Academy of Fine Arts. After the outbreak of the world war I, he returned to Moscow. He was unsympathetic to the official theories on art in communist Moscow and returned to Germany in 1921. There, he taught at the Bauhaus school of art and architecture from 1922 until Nazis closed it in 1933. He then moved to France and remained there to the end of his life.

Music was important to Kandinsky. Music is abstract by nature, it does not try to represent the exterior world, but expresses in a immediate way the inner feelings of the soul. Kandinsky sometimes used musical terms to identify his works. He called his most spontaneous paintings “improvisations” and described more elaborate works as “compositions”.

Kindinsky’s paintings are among the highest priced paintings sold at public auctions. In 2016, a 1935 abstract painting Gigide et courbe (Rigid and Bent) was sold for $23.3 million.